Trends 2021: what will the new decade meet us with?

The new decade is a new opportunity to talk about new trends in interior design and cultural changes. Famous designers and more underground craftsmen bet on new trends, most of which are winners but at different times. This certainly suggests that the main trend of the new decade is and will be change. The speed of change is so fast that in formula of successful industry development, constant has become a variable. "What will happen in 5 years?" The answer to this question became a real mystery. Let's try to find the answer.

Change is always stressful for a certain part of the population. So long as young people, the younger generation, give way to the all-consuming Internet, an older group of people are increasingly abandoning social networks, returning to classical communication with the outside world.

The rapid transition from cozy cities to urban jungle has deprived the population of many countries of a sense of unity with nature, which, in turn, affected the physical and mental health of people. Biophilic design has become a real consolation and tool for creating oases in stifling cities. But not everything is perfect, and therefore there are statistics, according to which, by 2050, 68% of the population will live in an urban environment, spending 90% of their time indoors.

Home is a safe place, a cave where we are warm, comfortable, where we can hide from the insane rhythm. We expect healthy food and water, clean air and an acceptable temperature. We intent to well-being, so that our home will bring the cherished happiness and peace.

The Dutch woman Lee Edelcourt, known as "Nostradamus from the design world", made her forecast for 2025: by this time all contrasts will be merged - work and leisure, laziness and sports, man and woman will harmoniously exist in one space. 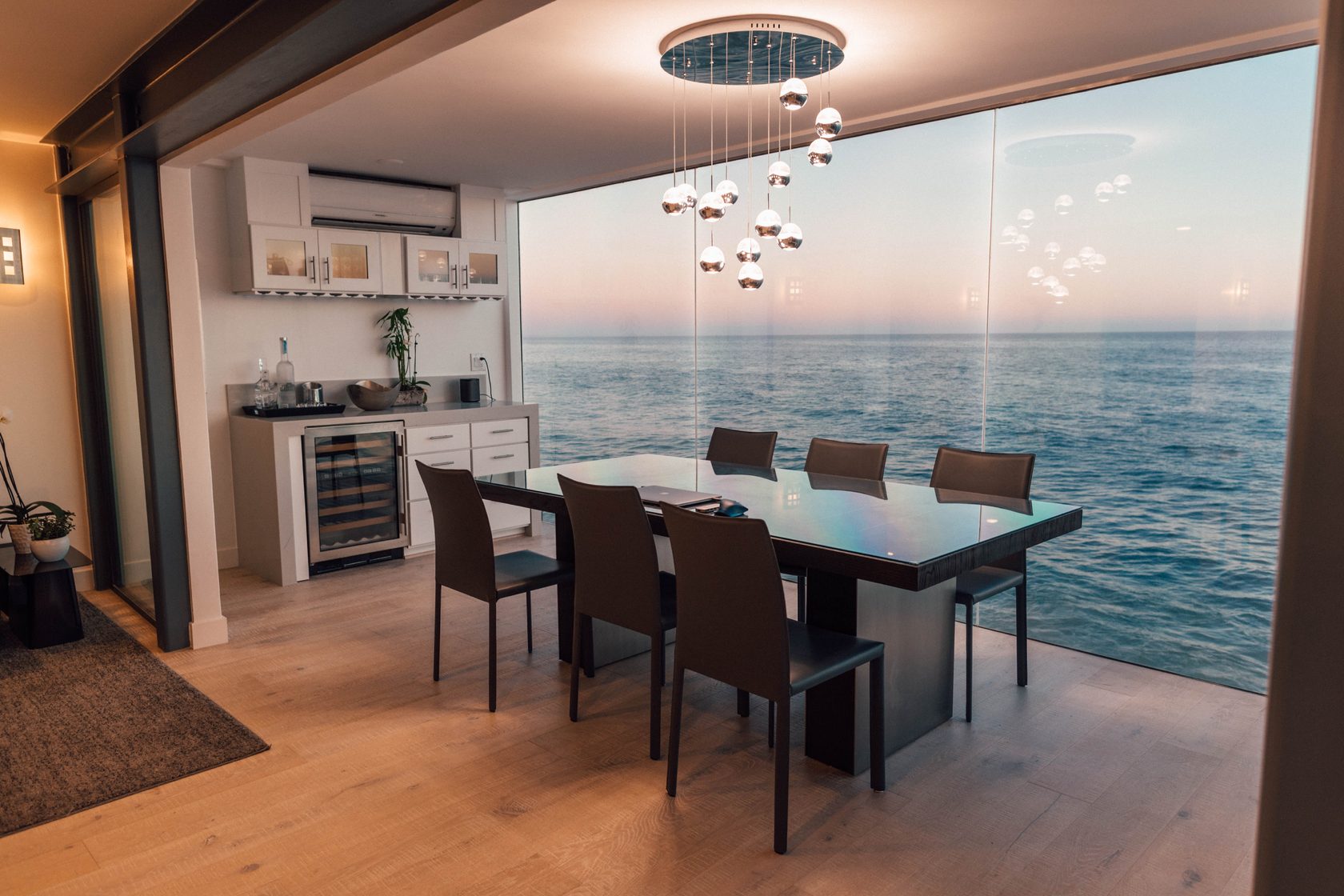 What many thought was a relic of the past, and what the younger generation thought was a repository of paper and dust, will be restarted. According to Edelcourt's "predictions", libraries in small towns will become epicenters of culture, under the supervision of communities and volunteers. Exhibitions and concerts, various thematic lectures, writing courses will be hold in the libraries.

On the path of life.

In continuation of speech about the change for the next five years, Lee made a bet on increasing investment in «green» technologies through the revision of large companies' policies. The Dutch bet on giants like Google, Apple, Tesla.

The aspiration and desire to have many different things, including knick-knacks, home accessories, had been left aside. Lee Edelcourt believes that this trend will lead to an increase in animism, which will turn design objects into pets - They will be more nurtured and loved.

The consumer loses meaning in consumption. In the next decade, success will no longer be synonymous with the word «money» and will be measured by the degree of happiness. In Germany and China, the link between the environment and the economy has already been noticed. 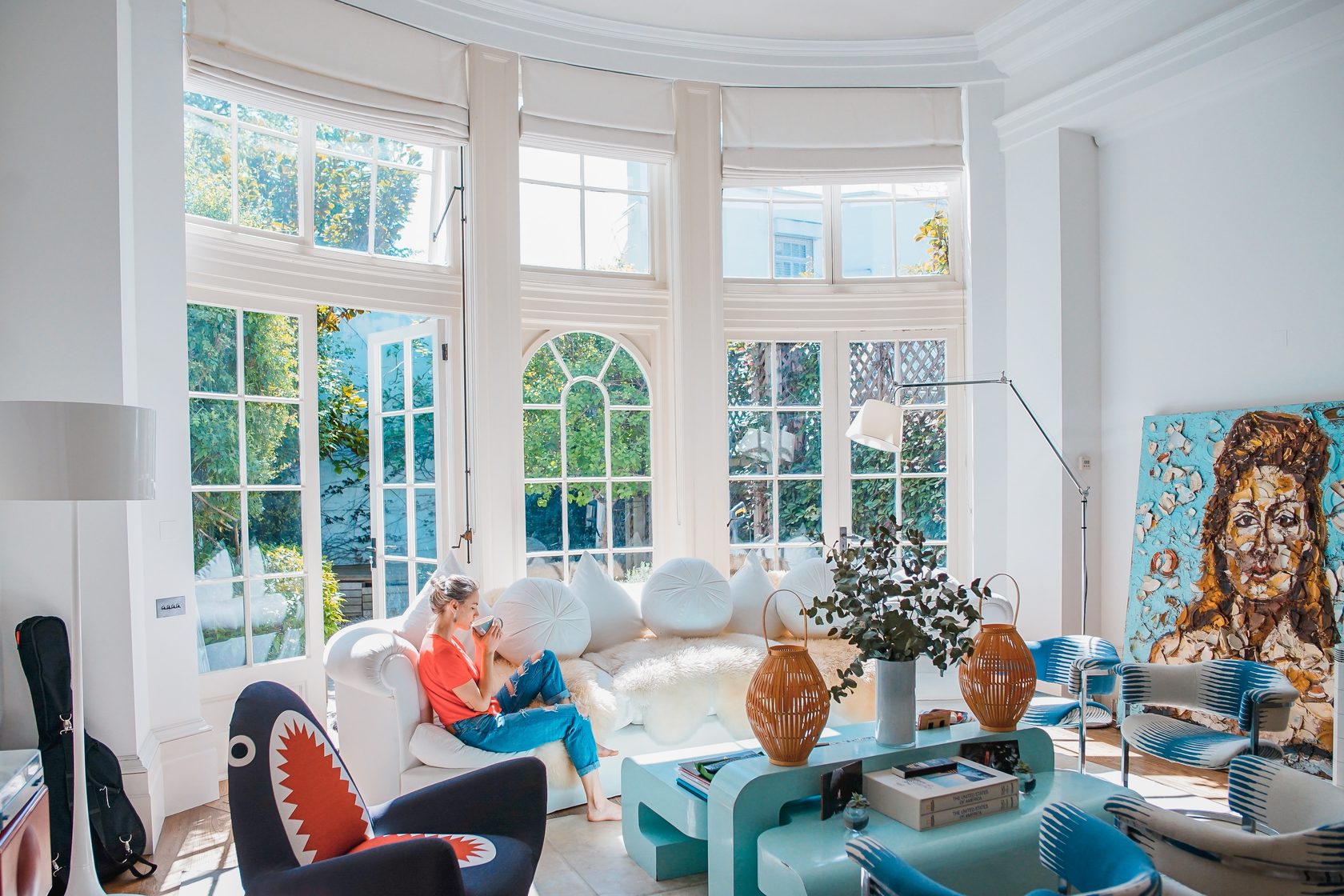 Furniture decor will also undergo changes. It is predicted that by 2025 the market will be filled with organic furniture, which will present primitivism in a new way. Garden furniture will become a real trend, more and more people will prefer to eat breakfast on their own veranda or loggias, elsewhere in the open air.

The plastics will continue to be rejected. Large brands from around the world will follow consumers and supporters of safe biomaterials and will do their best to obtain green certificates and to satisfy vagaries of markets. Buyers will more often pay attention to the product, wondering where, how, by whom and under what conditions it was manufactured.

Ecodesign will be associated with the mainstream, consolidating its strong position in all segments, including luxury. Small firms with circular economies will flourish.

Nature, which has opened up to humanity in a new way, will inspire and unleash the potential for the creation of new technologies on a biological basis. Ordinary things we see and use will be «grown». 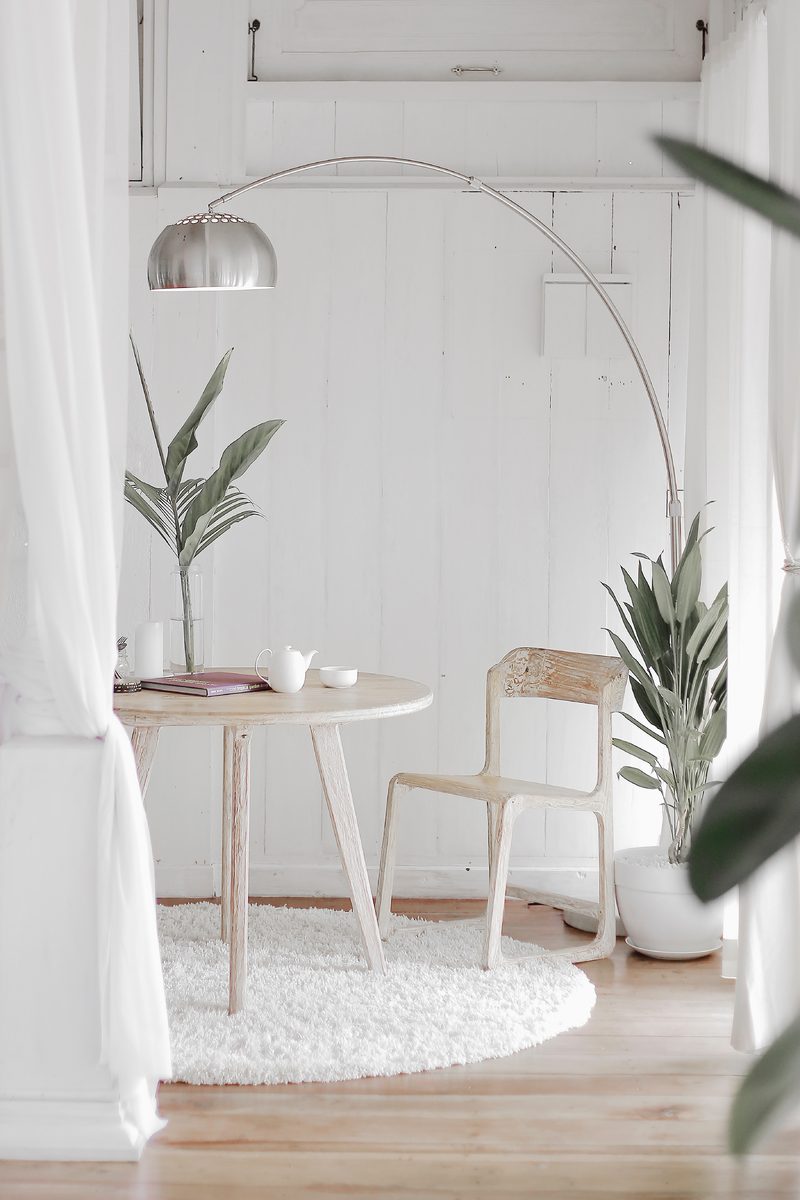 Warm colors
Interior decor using neutral colors will again be in demand. The combination of black and white will be elegantly integrated into the design of the premises, harmoniously intertwining with the honey shades that became the discovery of 2021. The interiors will increasingly include oak and maple trees, naturally diluting the home comfort of modern houses.

Primitivism in a new way

Decor for the house will become organic, more basic and recycled materials will be used in furniture and accessories. Clay, concrete, plywood, rotanga and other «modest» materials will get the popularity they deserve along with a rustic style that will coexist harmoniously with technology. "Naive" design will appear in a simple form, but with a deep philosophy, filled with the inhabitants of the house.
Soft minimalism, diluted with unusual interior items, will continue to be honored by lovers of aesthetics. The origin of the product, the way of manufacture, the history of creation will become more important, and mass production will take a secondary place.

Change is an experiment and a mix of styles. Eclecticism in the new decade will be seen in a new way - freedom of choice will be intertwined with principles of conscious consumption.

Contemporary opportunities show us that we can easily change the city and country of residence, and then, according to plan, the planet. Elon Musk claims that in the next 50 years an autonomous colony will be established on Mars, capable of supporting a million inhabitants. This will raise a new question about giving up everything cumbersome and heavy. Mobile furniture and fittings will become a priority for many, as well as dreams of migrating to another planet. Favorite things are the cozy, soft, tactile and mobile things you can take with you. 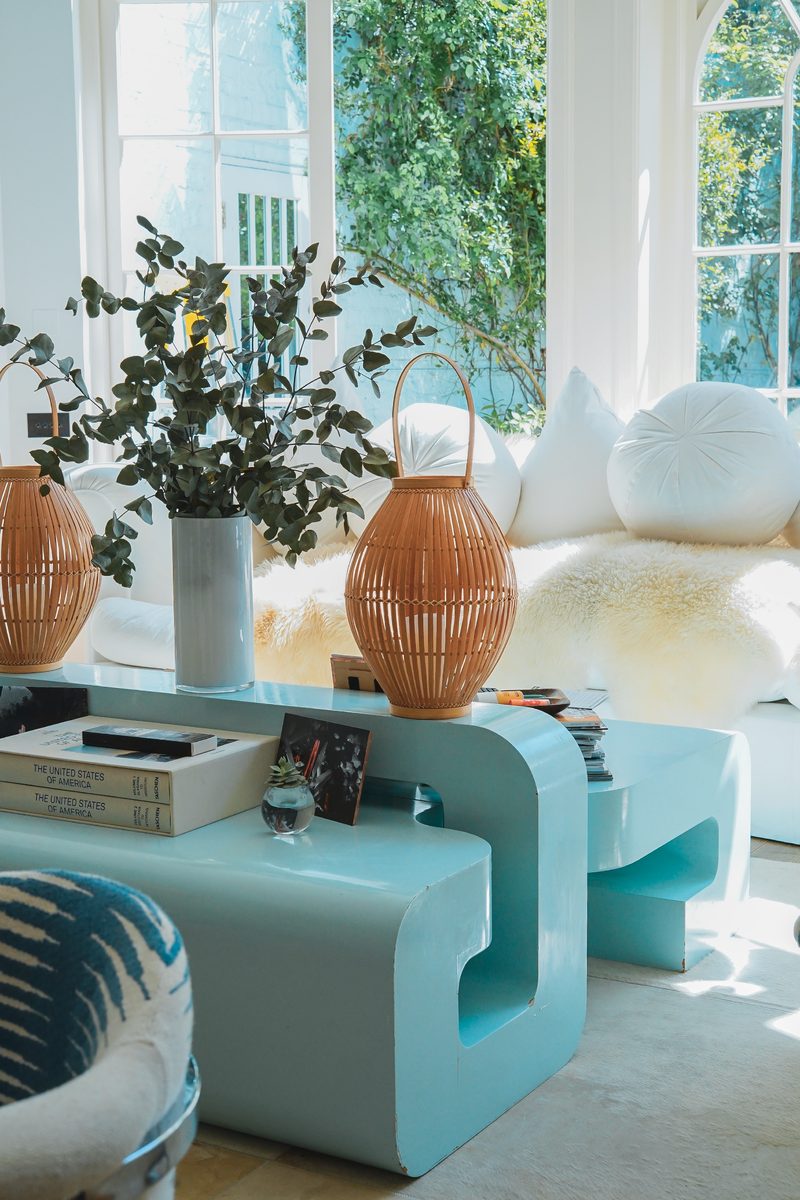 Just yesterday, eclecticism mixed everything within the subject environment, but the development and transformation of technologies into an integral part of everyday life revealed the importance of the analog-digital cocktail. On the one hand, the consumer found satisfaction in the digital world, on the other, all analog is beginning to be appreciated by contemporaries as a classic.

Reasoning about the uniqueness and importance of consumer objects, will force to abandon of many varieties. Design won't come to the fore for everyone.

For many years, geometric patterns found their place in design, but after 2021 they will become more ambitious and experimental. Oval shapes and feminine lines will still be relevant. 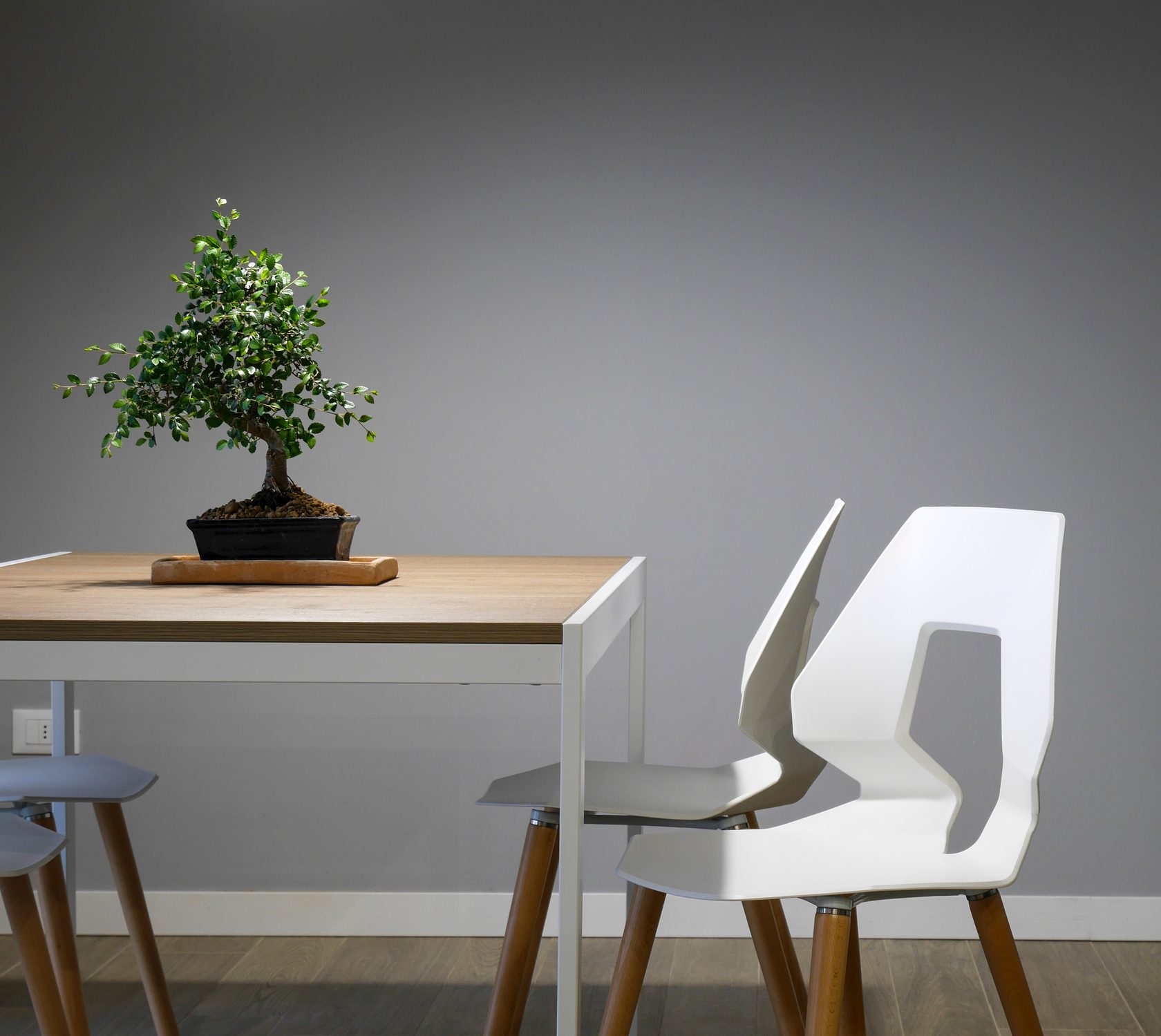 Emotionality multiplied by pragmatism is nunchi. Hygge took a secondary place, giving way to the Korean philosophy of emotionality, uniqueness and affection. Nunchi more accurately conveys and reads the mood of the owner of the house, does not dictate specificity, through emotions, displays human space outside. This philosophy emphasizes one's own, unique comfort at home with an attachment to the unique elements of décor. Elimination of market masses and use of natural materials - priority for nunchi. This philosophical movement encourages the exclusivity of the interior and its emotional content.

Many consider nunchi, entwined with delicate leadership, to be the foundation of the Korean economic miracle. Eastern philosophy does not just work in the modern world, but also gives possibility for adaptation to any conditions, improvement of the way of life.
Home 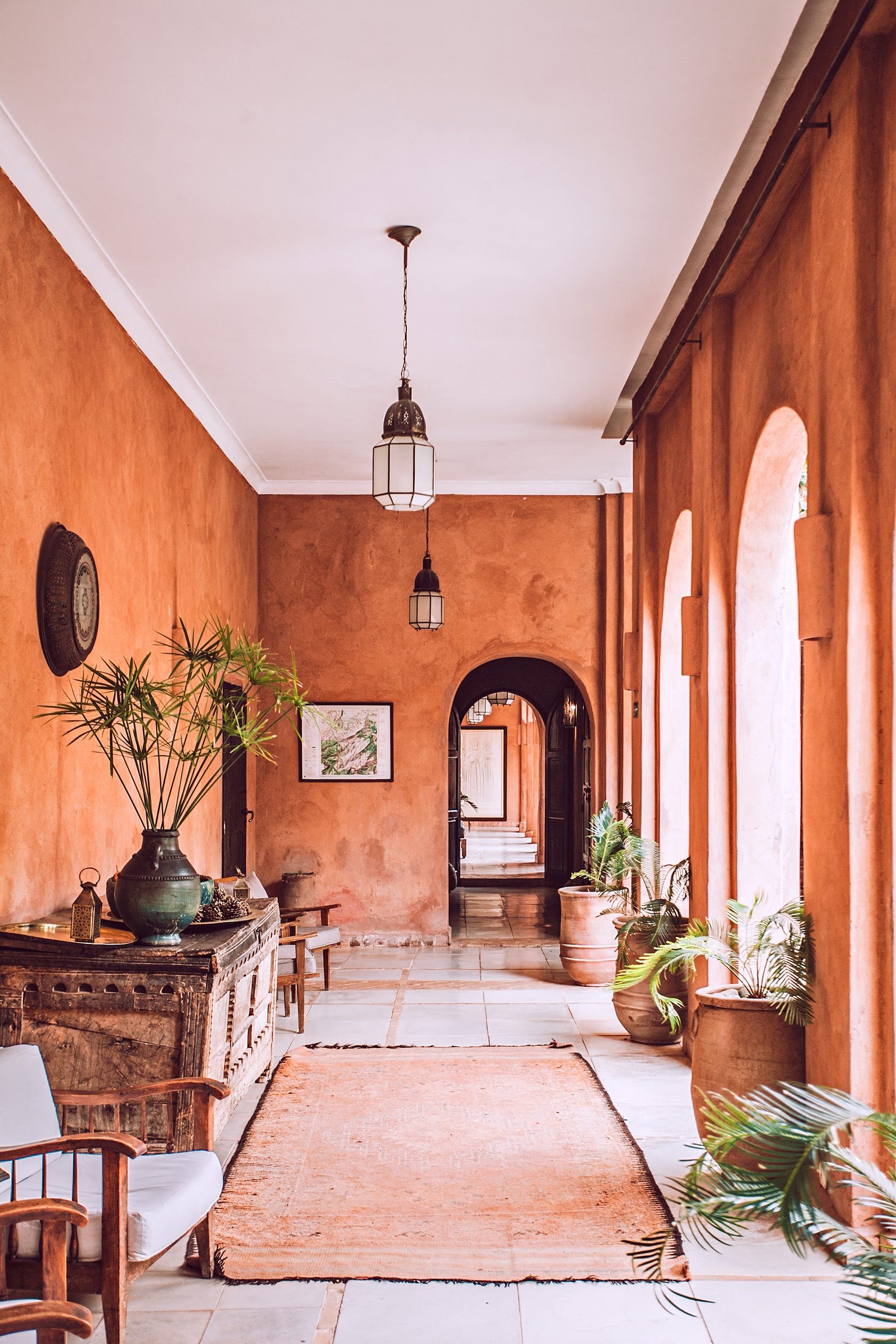